In which Koshary whines about offices

I hate office jobs.  I know, as an academic I aspire to have an office tucked into an alcove off a corridor someday, or maybe even a fancy-pants corner office.  I also wouldn't mind something like this: 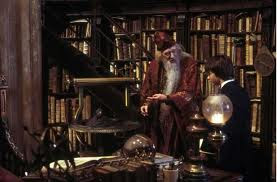 But I really hate "office work."  And that, as I have previously kvetched to you, is what I'm doing at the moment.  Yeah, it pays some bills, which I suppose is a good thing.  (Especially since I've been delving deeply into my student loan repayment options.)  But I'm the kind of person who takes a job like this hoping that, after perhaps a week, things will settle into routines, and I'll have time left over to grind my way through some theory reading and maybe even a little book proposal drafting.  Therefore, as I discovered this morning, I am also the kind of person who feels a momentary burst of red-hot rage upon arriving at the office, computer and theory reading in hand, and finding a motherfucking shit-ton of work waiting for me in my chair.  This was supposed to be a very light day.  WTF?

By the way, I think my interview with TAJ went well.  Not much that I can say here, except that it went pretty much as I expected, and was definitely a prelim interview: just a half-hour, no opportunity for me to grill them in response.  It'd be such a cool job to have that I've immediately set about getting into the Zen mindset of "Well, that was fun to fantasize about, but you won't get that job.  On to the next round of applications!"  Such is the way of the samurai academic, right?

And yes, I know that Zen Buddhism and the samurai lifestyle probably don't mesh well, but I'm not a scholar of Japanese culture, damn it!
Posted by Dr. Koshary at 10:19 AM 1 comment:

Too much to do

The summer already seems over to me, in the sense of that dead, fallow period of the academic's year.  Suddenly — okay, maybe it wasn't out of the blue, but I'm still reeling — I have all these practical matters to deal with that overlay, and largely overwhelm, my professional goals for the summer.  Let me see if I can get my mind around this, and use this blog post as a kind of open-ended to-do list.

I can be so negative so easily that I have to forcibly remind myself that my life doesn't actually suck by most measurements.  In support of this positive-minded project, I offer a few more bullet points of a different hue:

Can you see me?

Details must be kept to a bare minimum here, but I'm making a little forward progress toward a job I applied for.  (No, not the job I'm doing right now -- a career job!)  The institution wants to interview me via video conference, which I suppose is not so shocking nowadays, with budget crunches and airfares and whatnot.  They asked me for a prompt reply stating whether or not I was willing and able to do this.  I gave them a reply within twenty-four hours, once I had confirmed through my people -- you knew I had people, right? -- that I could access the necessary fancy-pants technology.  I explained in the response that we have such-and-such system, which can communicate with corresponding systems X and Y, and that as long as this institution has its own set of X or Y, we're good to go.

Yeah, it seems that I'm back to waiting and nail-biting on the job market.  It has begun.  These institutions are not on my schedule, but rather I am on theirs.  I have to keep this in mind, so I don't freak out and start panic-calling them every day like a loser they met at the bar one night.  It's not as easy as it sounds.  Aaargh.
Posted by Dr. Koshary at 11:35 AM 3 comments:

I have just risen after perhaps four hours of restless sleep; even if I think I'm relaxed, my body lets me know that I'm really a bundle of nerves.  I just took on a temporary position in an office with a 40-hour work week, an office run by a good friend of mine.  It promises a lot more money (as summertime jobs go) than my haphazard tutoring, but I'm anxious in a chicken-y sort of way about working a full-time job outside of any academic sphere while trying to keep up with my theory reading and article writing.  Yeah, I know, people do this all the time, I'll adjust.  But my eyes forced themselves open at 5:45 this morning, and no tossing and turning could convince them to stay closed.

I may have to rethink this entire tutoring business, assuming that this job really lasts through the summer.  After putting in a shortened day at the office yesterday -- I was called in on an emergency basis -- I had to claw my way uptown through rush hour traffic so I could tutor yet another out-of-it kid who scheduled a last-minute appointment in the two hours that I kept open for such things on Mondays.  I didn't get home until after 9:00PM, and I was beat.  This is clearly not how my day should go on a regular basis, if I have any ambition to read the library books in my possession or draft a good journal article.  One of the first thoughts that ran through my head as I lay in bed, uncomfortably awake, was dread that I would keep getting called to appointments filling up my evenings after a full day of work elsewhere.  Dread is bad, don't you think?
Posted by Dr. Koshary at 7:24 AM 1 comment: